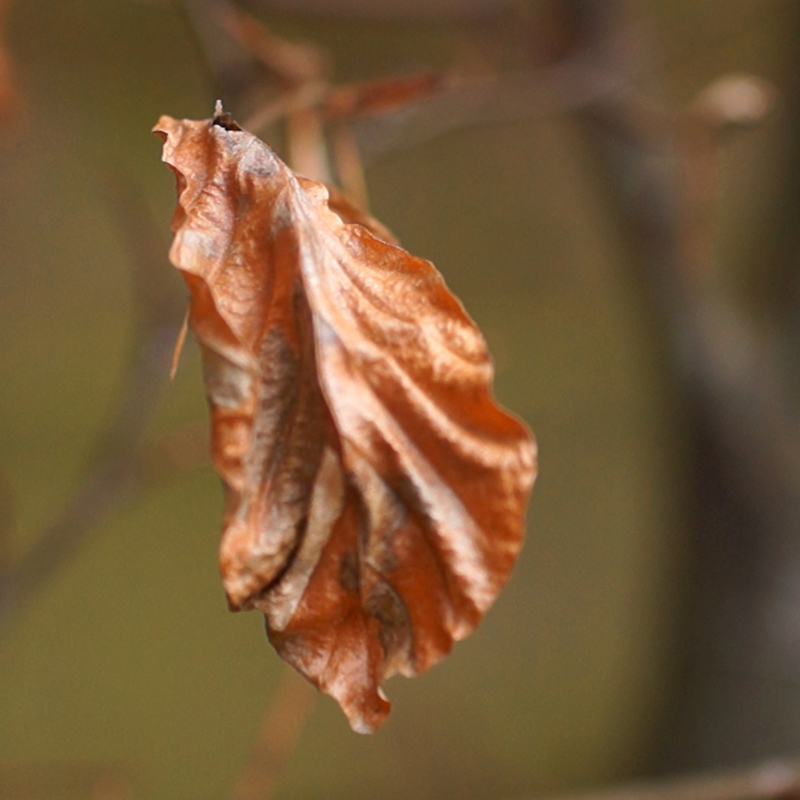 The words didn't come. I was seriously wondering how this could happen. Just when I had launched my new collection. The newsletter was out. The site was live, it was on Instagram and Facebook. Hundreds of people now read my plans that I create three plants every quarter. Every month one with a personal annotation. An insight, a thought, a wisdom. The packaging was stuck. The whole concept was ready. But the words did not come.

The words fell silent at the beech hedge. By now it was already April and I was getting frustrated with when I could start on the plant of the month April if I couldn't even manage to write the words for the March plant. In fact, I even started to doubt my whole idea. Why had I let go of my photo-on-leaf approach? By chance I saw how beautiful it was to place the boxwood twig on an old photo instead of on the chosen white background. I was shocked, was I doing it wrong? I had already given my attention to designing the packaging for the past few months. But how on earth was I going to get a milk thistle in this flat box? Or a pear blossom? I twirled and twirled in my own created maze.

March would have passed without the beech hedge in the shop. And I looked at the beech hedges in my garden. They had grown bald. The beech hedge holds its leaves all winter, but there is a point in April when it drops its leaves. A few weeks before the first green buds appear, he quickly lets go of everything. The hedge is then completely transparent. I looked right through it now and saw what had been hidden behind the hedges.

It couldn't miss. Besides the neighbour's garden, I also saw something about myself. I saw that I was limiting myself too much with my rules and straight lines. That's how it should be. I had made a grid, but it went beyond what I feel when I create. Namely freedom, playfulness and love. I saw that I am much more than that limited space of marketing technical concepts. I can work outside the lines. The beech hedge was so clear, just being itself in the moment I needed to see it. What a gift!

At that point I gave myself permission to widen my view. By creating what I feel. And everything is open again...